This week I’m reviewing Richard Elliott Friedman’s new history of the Exodus. While the mention of the Old Testament usually evokes strict moral codes and sober living, the document itself is choc-ful of booze-fueled fun/sin. For those too busy to read all 24 books, Wikipedia provides a great run down of alcohol’s role in scripture.

So, fueled by visions of Moses leading the thirsty masses through the parched Sinai desert, I endeavored to find some cocktails befitting the feisty kings and peoples of ancient Israel. The first, the “King Solomon (of “split ‘er down the middle” fame) Cooler.” This was fine, citrus with some rich resonance off of the apple juice. The gin however got lost a bit in all the bright flavors, so this was basically a pleasant wash. Great thirst quencher if you’re trudging through the Sinai, I bet.

Next up was the azure-dly beautiful “Jericho” with a heavy orange tint. This looked gorgeous but the taste is drab, with the flavors gelling poorly into a citrus muddle. Nothing to see here.

My favorite drink of the biblical trek was the “Goliath” a great earthy/herbal combo. I didn’t have any green chartreuse on hand so I used its yellow cousin, which I think helped lighten the flavor a bit. The recipe I read also recommended trying it with soda water, which I thought would thin out the mix. Nice plant notes through, with a cold ginny and lime kick at the end. Superb. 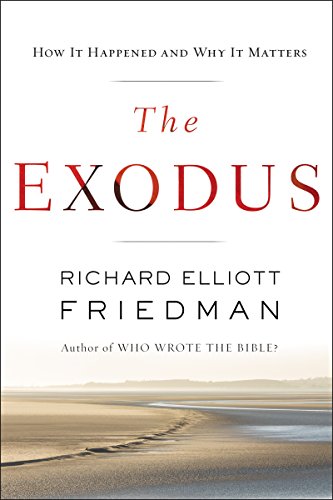 I’ve always had more than a passing fascination with ancient near east religions and the Old Testament; the interplay between archeology and religious texts, the divine mysteries, and its enduring impact make for an engrossing subject. So I was happy to see that Dr. Richard Friedman, probably the best “popular” biblical historian, was writing on the Exodus, the foundational story of the Old Testament and Western monotheism. To no ones surprise, “The Exodus” is superb popular history – it is is eminently readable while maintaining a certain sophistication, striking that rare balance.

Friedman’s themed chapters takes the reader on a brisk but engaging tour of key aspects of the Exodus, namely the question of Moses’ identity, the historical validity of the desert journey, and the likely identity of the travelers. In his convincing and powerful view, the Exodus occurred but was far smaller, the trek of a small group of Levites who upon entering the country became its priests. This central thesis is explored further as Friedman takes apart other prominent questions including the possible origins of Near Eastern monotheism, the role of the village of Midian,  and even Freud’s creative take on Moses.

Friedman efficiently substantiates his claims with scripture analysis contextual clues found in history and other religious tales of the era, and even cutting-edge genetic research. His light touch makes for easy reading, and I never felt weighed down by dry scholarly jargon. Though diverging significantly from the literal Biblical retelling, Friedman ties his new explanation of the Exodus story to the durable “love thy neighbor” ethic, a thoughtful and affirming approach. A must read for the new or seasoned Biblical history nerd alike.