This week I’m reviewing Richard Snow’s riveting new history of the Battle of Hampton Roads, which got me in the mood to make up some old school naval cocktails. And you really can’t get more old school or naval than Grog, the first cocktail of the ocean seas!

Grog, for those poor souls unitiated in Royal Navy/alcohol history, was created accidentally in the 18th century by Admiral Edward Vernon, who was nicknamed lovingly “Old Grog.” In an attempt to prevent scurvy among his sailors, the good admiral prescribed rum MIXED with water, lime juice, and brown sugar. Well, there’s some debate about whether he recommended using lime or just said try it, but why quibble – it sounds like some good medicine to me! The tradition migrated to the US Navy in the 19th century until it was sadly discontinued in 1862.

In crafting the legendary drink, I was sure to use Pusser’s Rum, the namesake of the official rum used by the Royal Navy from 1655 to 1970. To mix it up a bit, I tried it both hot and cold. The cold version was nice, a very sweet citrusy drink that pairs well off the measured sweet rum. But the hot version was a REVELATION – this is honestly one of the better cold weather cocktails I’ve ever had. The rum has a certain sugary energy when heated, and the tartness/sweetness mix from the lime and brown sugar lends this magical, resonant, rich, and relaxing taste. Goodness this was superb! Next time the temperature sneaks below 50, you better believe I’ll me throwing on my old lady robe and mixing up a few of these! 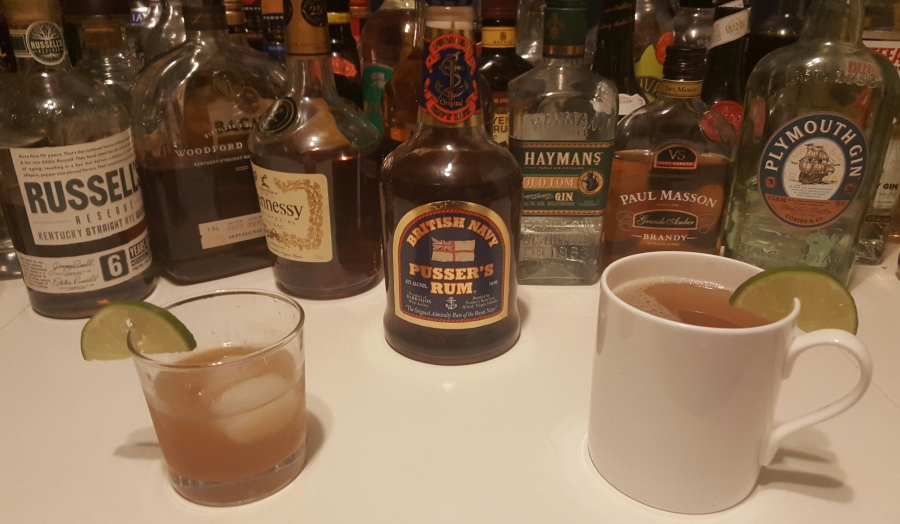 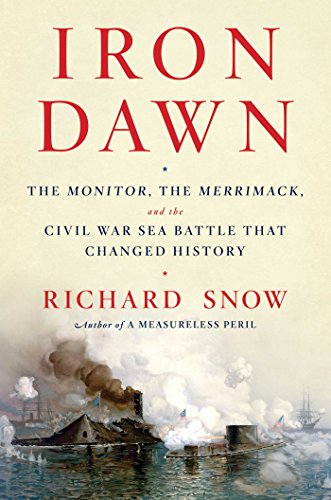 On the morning of 9 March 1862, Confederate sailors on the CSS Virginia (aka the Merrimac), fresh off their destruction of several Union ships of the line, gazed at an odd little vessel steaming towards them. Its alien form, eccentric even to the modern eye, frustrated early attempts at identification – some theorized it was a supply ship, others a water tanker. But as the USS Monitor’s revolutionary turret rotated to face the Virginia, revealing two massive Dahlgren cannons, it was clear that the little ship was there for a fight.

So began one of the more intriguing clashes in history, a compelling duel between two technological marvels. Snow’s narrative of the Battle of Hampton Roads is best of class military history and had me glued to the page. The struggles of both crews to make sense of their futuristic and unwielding ships while furiously blasting away at each other is rendered is brilliant color, making for one of the better recreations of naval combat I’ve read.

The battle was only the culmination of a long and winding technological process involving tinkerers and geniuses on both sides of the Mason Dixon. Snow does a good job painting a colorful narrative of the technological advances that fueled the ironclad race between the North and the South. On the Union side, it was up to the brilliant Swedish immigrant John Ericsson, whose prophetic designs met resistance from throughout the naval bureaucracy. Luckily, it caught the eye of the only voice who really mattered, President Lincoln, who had a soft spot for wild inventions. After a 100-day construction blitz in the Brooklyn Naval Yard, the Montiro was hurridely put to sea to counter the rebel leviathan off Hampton Roads.

That particular beast was the CSS Virginia, the brainchild of a clutch of clever Southern naval engineers who saw in the damanged former US Navy frigate a golden opportunity to challenge the Union’s naval supremacy. Using a significant portion of the CSA’s available iron, the Virginia was an apex predator, an ingenious craft that instantly rendered the Union fleet obsolete. Except for one ship, of course.

Snow’s history also does an effective job of placing the battle in historical context, addressing how the competition for armored supremacy had already consumed Europe and was only stoked by the Battle of Hampton Roads. I do think the books post-battle narrative ran a little long – after the reader is mesmerized by the story of the ships’ development and the titanic clash, it’s a little hard to maintain focus in the final act, which touches mostly on the “he said, she said” debates that colored post-battle memoirs. A somewhat off-key finale, however, does little to detract from this superb book.