This week I’m reviewing C.E. Morgan’s new novel “The Sport of Kings” which put me in a Kentucky Derby state of mind. Although I don’t have much experience with horse racing, I do perceive it as a boozy sport. Its premiere events, the Triple Crown, inspire all sorts of elegant cocktails, while its more blue-collar races seem to evoke lots of cheap beer guzzling. I suppose massive amounts of liquor makes the whole “the anonymous animal lost my fortune” aspect a bit more palatable.

So in searching for equestrian or race track themed cocktails, I immediately came upon a American classic, the “Horse’s Neck”. The drink has a really interesting history – started in the 1890s as a non-alcoholic mixture, it transitioned quickly to a more fun brandy-based cocktail. The drink has quite the Hollywood pedigree including appearances in Charlie Chaplin films and the James Bond movie “Octopussy” in which it was described as “the drunkard’s drink.” This was definitely an old style cocktail, fairly straight-forward and two-toned, with a sugary cut from the brandy and then the mellow ginger. Definitely something nice to sip on during a long steak dinner or rollocking 1920’s society function. But a little drab for the modern palette.

I found the next two in a fun little article from Bon Appetit magazine in which Dale DeGroff is interviewed on his favorite racetrack drinks. And when Mr. DeGroff recommends a drink, you should make it. The first was a “Derby Daiquiri” which was created by the famed Mai-Kai restaurant in 1959 for the Florida Derby. I had just made a few good daiquiris over the weekend, so I was looking forward to this. Sadly, I didn’t really like the heavy orange citrus on top of the lighter, sweeter influences. That thicker, tart taste just didn’t click with the lime and sugar, I thought. Oh well. I then tried the “La Paloma” a favorite of Mexico that DeGroff felt evoked the Del Mar racetrack. This drink was good, with a refreshing citrus twist and a lot of nice bubbly power from the club soda. My love-hate relationship with grapefruit continued here, though – I felt like it’s strong influence just overwhelmed this drink a bit, skewing the tequila smoke and taking it to an unrecognizable place. Nice drink though. 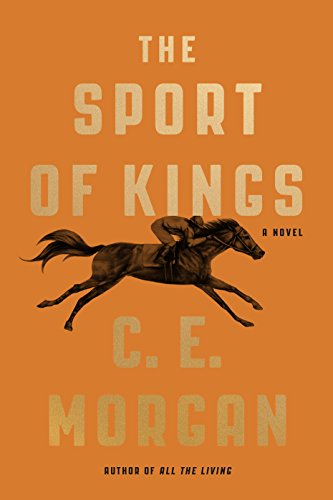 C.E. Morgan’s stunning novel “The Sport of Kings” is a epic tour through the dark spots on America’s soul and is one the best novels I’ve read in years. It is a bracing read: Morgan’s narrative drips with primordial, graphic violence that make for some difficult passages, but the story is all the better for it.  The scathing story steps liberally on every American nerve including race, slavery, and class, with taboos confronted page after page. This embrace of the graphic and genuine grants “The Sport of Kings” a hypnotic energy that keeps your attention and questions your beliefs.

Sport of Kings focuses on the storied Forge clan of Kentucky, a lineage of landed gentry fanatically devoted to land and racial purity. Its modern scion, Henry Forge, broke from tradition to realize his obsession with thoroughbred racehorses but failed to abandon the family’s archaic views on race and breeding. The family eats its own with the latest sacrifice being Henry’s daughter Henrietta, a deeply troubled young woman who rebels in self-destructive ways but fails to unyoke herself from her father’s all-consuming pursuit for glory on the track.

A few hundred miles and a world away, a young African-American man named Allmon Shaughnessy grows up poor in the Cincinnati projects. Allmon’s story has all the crushing trappings of urban life – single parent, drugs, and daily strife. While incarcerated, Shaughnessy’s fate changes when he joins a prison equestrian program and falls in love with breaking rebellious horses. Embracing the groom trade, Shaughnessy comes into the Forge orbit just as a once-in-a-generation filly with Secretariat’s blood is born in the family’s stables. The collision of these alien, all-American paths makes for searing, electric reading.

I loved this book for a long list of reasons including the moral ambiguity that pervades it, as every character is weighed down by a battery of sins and flaws. The reader finds few individuals worthy of sympathy. Additionally, Morgan’s boundless vocabulary, evocative writing style, and ability to convincingly mimic regional and ethnic dialects are stunning. Her description of the natural landscapes of the American south are particularly compelling, evoking gnarled growth and humid, shadowy scenes. Finally, Morgan’s treatment of the intricate art of thoroughbred raising and animal husbandry are well-researched and compelling. Together, these attributes make for a truly memorable experience.