This week I’m reviewing Simon Sebag Montiefiore’s new history of the Romanov dynasty, which ruled Russia for over three centuries. Finding the literary/booze nexus for this one was a breeze; as detailed in the book, the Romanovs knew how to drink. Case in point, Peter the Great maintained his own drinking/party crew dubbed the “Jolly Company,” whose drunken excesses put Motley Crue to shame. By the way, if anyone wants to collaborate in importing this tradition to DC, I’m all ears.

Until I can rope together a coterie of elite nobles who binge drink, I decided to pay homage to Russian imbibers by making a few cocktails on my own. I started off with my favorite of the bunch, the dark and fruity “Red Tsar.” This was my first time making strawberry syrup, which is easy as pie, and gives off a wonderful scent that will refresh your kitchen for days. I loved this drink; the dominant notes are the dark, resonant raspberry liqueur and its able partner, the thick and sugary/sweet strawberry flavoring. This is such a nice and sophisticated cocktail, a great introduction to strawberry syrup and its bright, rich components. Money drink. 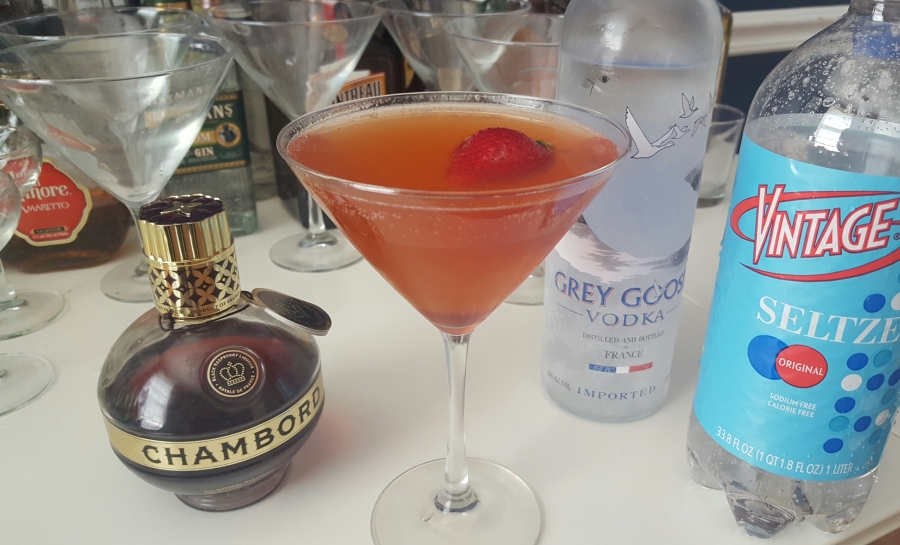 I’m not the world’s biggest Martini fan, but when you’re chowing down on some caviar, you’ve got to make room for this vodka-fueled classic. That cold, weaponized-corn rush from vodka cuts right through the salty snap from caviar – put simply, they were meant to be together. Looking for a creative cocktail pairing to some salmon caviar I had on hand, I found the “Tsar martini“from Petrossian Bar, which throws in the faint, fresh herbal kiss of cucumber. This wasn’t a bad martini, ultra dry, with a right hook of veggies and liquor up front and then a nice, comfortable flow. Adds a little something nice to the mix to spice up a fun night eating ridiculously expensive fish eggs.

Moving on from the ultra-sophisticated martini, I went for the sedate and simple with the “Romanov Fizz” which combines pureed strawberry and champagne. Like a fruit smoothie with some bubbly menace, this was a nice one: so fruity and citrusy you think its healthy, making the mass champagne drinking more socially acceptable. Next time, I might add a little more orange juice and maybe a shot of orange vodka, as this was refreshing but boring. And I don’t do boring. Still, nice accompaniment to a hot day. 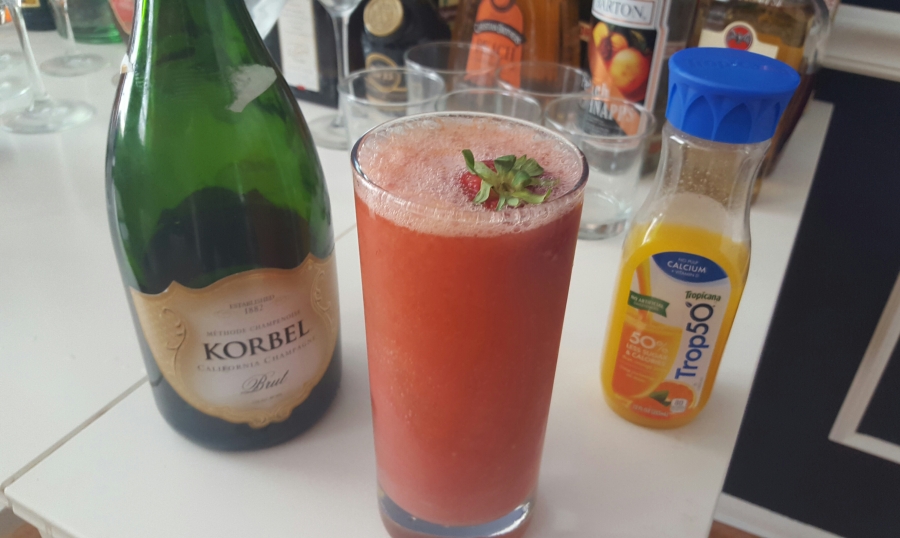 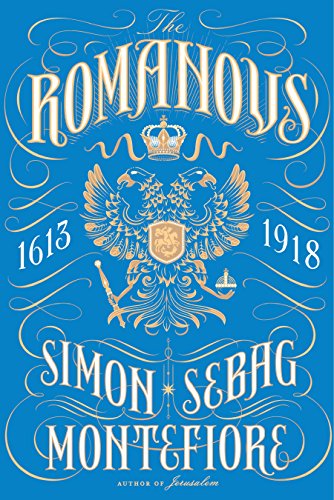 “The Romanovs” opens fittingly, with a 16-year old Mikhail Romanov crying and wailing upon being informed he is to be crowned the Tsar of Russia. Only in Russia could ascension to the throne be considered a death sentence; as Montefiore recounts in his engaging and well-researched new history, the story of the Romanovs is blood-soaked. Romanov Tsars were regularly forced to choose between their own violent overthrow or employing brutal measures to retain control, a Faustian bargain that permanently scarred Russian society and culminated in the horrific bloodletting of the Russian Civil War. Challengers came from everywhere and included family members, who were willing to spill the blood of siblings, parents, and children in pursuit of absolute power.

The three centuries of machinations, slaughter, and conflict are well-told by Montefiore, who is one of the best popular historians writing today. Montefiore serves as an entertaining cypher for the complex history of the Romanovs, ably describing their colorful world in accessible language. The family history is paired with vivid dives into key episodes of Russian history. I found Montefiore’s descriptions of Peter the Great’s European wars, Russia’s battles with Napoleon, and the rise of Rasputin to be particularly interesting and enlightening.

Of course, when telling a story of this scope and scale, there’s a risk of losing the reader in the sweep of foreign names and places. The Romanovs does fall into that trap at time,s as I got a bit mired in the dozens of Tsars, Tsarinas, and lesser nobles. Helpfully, each chapter features an index of names, but referring back and forth can be tough for e-readers. Additionally, I though the linear and episodic structure of the book doesn’t deliver a cogent portrait of Russian society under the Tsars – we get only a few hints at why turmoil and dissent came to a boiling point in the 19th and 20th centuries. But these are minor complaints – if you have an even passing history in Russian history and a family that shaped it forever, pick this one up.