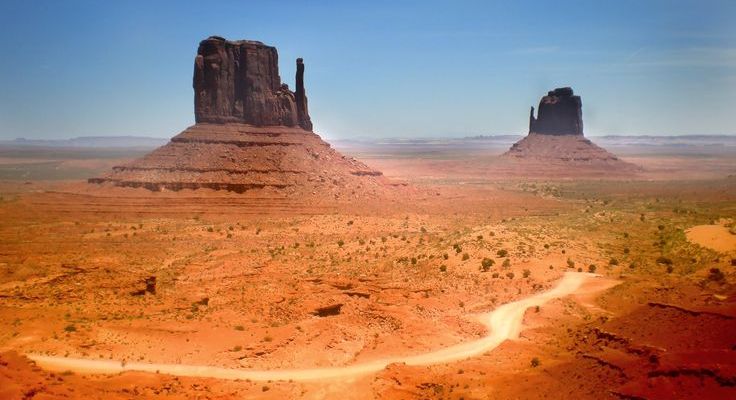 This week I’m reviewing James Anderson’s debut novel “The Never-Open Desert Diner” a stark portrayal of life in the Utah desert. So, I went looking for cocktails that evoked that crimson, beautiful landscape that I was lucky enough to hike through over a decade ago. If you ever get the chance, go to Moab and hike for two weeks – it’s the hottest place I could ever call heaven. Stunning vistas, quirky people, and mountain lions – can’t beat it.

Ok, on to drinks! First up was the “Blood and Sand.” The drink is a true American original, invented in the 20s and named after a movie staring Rudolph Valentino in which he played a bullfighter (read the nice little Gary Regan article about the drink). I’m not the biggest fan of scotch in cocktails so I was braced a bit as I sipped this one, but it was an unexpected hit – the orange juice and vermouth add this energetic, tangy kick that keeps the scotch in check, and the cherry brandy kiss is a revelation. Just the right amount of dark cherry flavor. I very much enjoyed this cocktail, full bodied with some punch, perfect for late fall evening in Sedona. 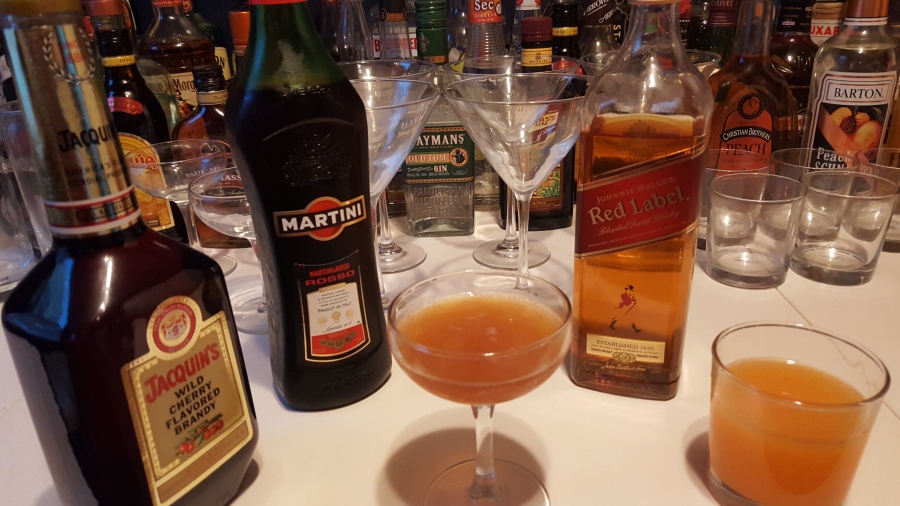 I was excited but ultimately let down by the next drink, the “Desert Sunrise.” I always enjoy the process and aroma of making fresh pineapple juice and liked how it added some fruity heft to this sipper. The drink is fine, but ultimately sort of dull and hollow – you get some citrus fresh in the background, but that’s about it. This might be good for a hot summer day of socializing and drinking, but not a premier cocktail.

I found my next drink, the “Lo Tamarindo” when I did some reading on the cocktail bar scene in Salt Lake City. You heard that right, cocktail scene in SLT. Famous for its draconian liquor laws, the city (which is beautiful, if you’ve never visited) is home to some mixologists who have to get extra creative to skirt the rules (read about it here). I was a little reluctant to make this one as it brought me back into contact with Tamarind paste, which I used poorly when I whipped up some Indian themed cocktails a few months ago. The dark and unappetizing-looking paste is widely used in several non-Western cuisines, so I had to send away for it in the mail. I then made a syrup using chilis, sugar, and water (recipe here).

And what a surprise, it was the hit of the session! Although it looked foreboding with its dark brown hue, this tasted delicious – the grapefruit is a perfect enlivening agent, shining through the earthy, rich tamarind which carries just the right hint of spice. Then you get that tequila sting and a cointreau citrus kiss and man, you are off to the races. This one took a bit of work but paid off – definitely a great cocktail for a cooler summer evening.

James Anderson’s first novel “The Never Open Desert Diner” is a brilliant, emotional modern-day Western set on a desolate stretch of Utah’s Rt. 117 populated by eccentrics, shut-ins, and hard-cases. I was drawn to the novel after reading the fascinating story behind its publication: in short, the novel was rejected numerous times and its first printing sold few copies, but its backers at Crown have remained steadfast, pushing a second printing despite sparse sales. As you are drawn into the dark but oddly humorous world of rural trucker Ben Jones, the publisher’s persistent support for the book –remarkable in this day and age–becomes far more understandable.

Jones is a unremarkable character living a lonely life of drudgery which is interrupted when he meets a young woman named Claire, whose beauty and ability to play the cello distinguishes her in the badlands. Jones pursues in a simple but kind-hearted manner, only to discover Claire’s presence and background are far more complicated than he can imagine. Ben, Claire, and the story’s collection of oddballs are compelling and their words have power, if not polish. The book’s earthy and powerful dialogue is particularly well-done; their desert staccato always rings genuine, and stays with you.

Of course, no character can compete with the harsh and majestic Southwest, which is rendered so well in the Anderson’s haunting prose. I did think the story gets a little off the rails and needlessly dramatic near the end, but the conclusion is so gut-wrenching and emotional that I couldn’t have cared less. “The Never Open Desert Diner” is one of those books that you’ll remember where you were when you finished it, featuring remarkable characters, an intriguing storyline, and a compelling sense of place. Grab some tequila and read it.