This week I’m reviewing Mary Beard’s hot new popular history of the Roman Empire, SPQR. Reading Dr. Beard’s vivid descriptions of the ancient city, its twisting avenues, bustling plazas, and colorful inhabitants got me thinking of the week I spent in the Eternal City in 2014. As a history nerd my expectations were already high, but Rome surpassed them all. Every street, every building had some connection to the storied past that took my breath away. And the accessibility of it! All the books and histories I had read were suddenly tangible, all the famous (and some not so famous) temples, artifacts, and masterpieces were there for me to touch or gaze upon. Just writing about it gives me goosebumps. Oh yeah and the food is amazing 🙂 If you haven’t been, go! 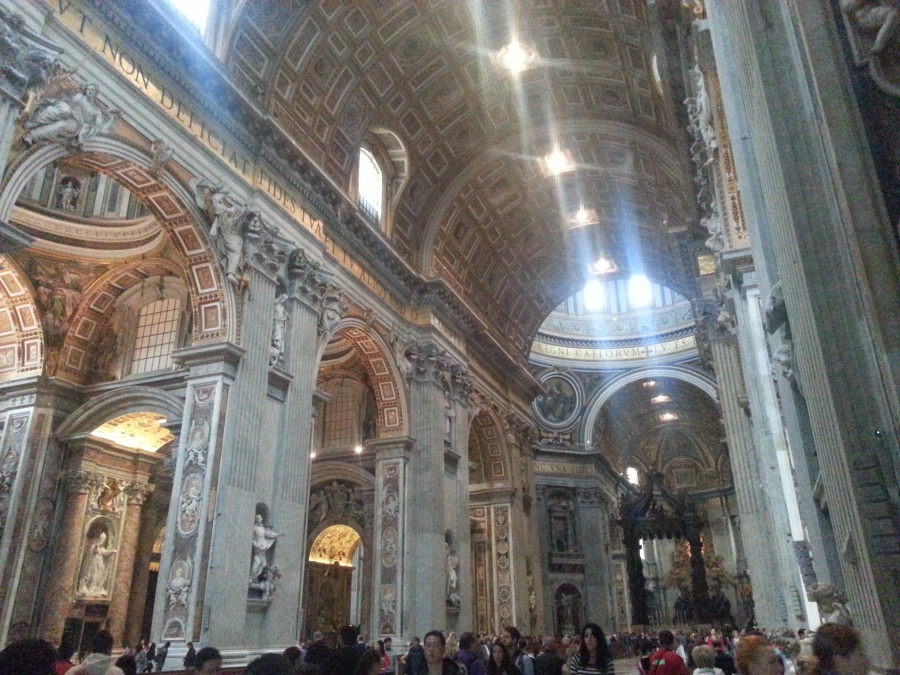 In honor of Rome and the far-flung Empire it established, I went on a hunt for cocktail homages. The bacanal started with the “Adonis” cocktail which is not named after the mythical figure who I’m frequently compared to, aesthetically (never). No, the drink was created in 1884 by the Waldorf Astoria Hotel in New York to celebrate an early blockbuster Broadway musical, making it one of the first entertainment/liquor tie-ins. The drink itself was ok, I liked how the sherry added a kind of soft energy to the taste, and there was a distinct and mostly enjoyable bitterness at the end. Not bad.

Next up on Roman cocktail night was the “Roman Manhattan” which I found via PorkyJuice’s guide for Greco-Roman parties. I was little hesitant to make this one because it employs sambuca, which I’ve tried neat previously and detested. Fun fact, in doing some reading on the drink, a standard way to quaff the anise-flavored liqueur is with seven coffee beans, representing the seven hills of Rome. Sadly, this cocktail did nothing to improve my relationship with sambuca – I liked the smooth Crown and vermouth mix, but then that sambuca licorice taste comes in and I lost interest. Just did not like the taste of it, and wouldn’t make it again, even for a roaring toga party. Looks good though!

My last cocktail was the “Punch Romaine” which has an interesting and tragic history. The brainchild of famed French chef Georges Escoffier, the drink was served during the last dinner on the Titanic. Sort of a buzzkill. But the drink itself is a treat – piling the crushed ice and pouring the thick, poppy ingredients over it is a fun party trick, and the light taste is even, fresh, and lively. A great drink for a late afternoon summer party, I thought.

SPQR has garnered significant acclaim primarily because it is so readable; the sweep of 3 centuries of Roman history are rendered here in a surprisingly accessible and entertaining fashion. Dr. Beard, a professor of classics at Cambridge, is a master of weaving in a range of otherwise obscure stories, journals, and letters to substantiate and enliven her grand march through Roman history. I especially liked her study of soldiers’ graffiti (a lot of it was ultra-dirty) and how it highlighted the savagery and tragedy of the civil conflicts that wracked the Peninsula after the death of Caesar.

Further burnishing the authors credentials is the way she seamlessly deconstructs many of the assumptions that color our understanding of the Romans. SPQR is one of the few popular histories that can indulge in critiques of previous interpretations and cite the sparsity of reliable evidence without dragging the narrative down. Particularly striking was the discussion of how little we know of ordinary life in the Empire; for instance, what was the literacy rate? Can’t be sure.

My one critique of the book is that, so rich in asides and micro narratives, the reader at times loses sight of the broader picture. I felt that historical strain, tying one century’s events to the prior, gets a bit muddy across some chapters. But this is a small thing, and the fact that the narrative cohesion is strong more often than not in history of this scope is impressive. SPQR is a great book, and serves as a wonderful introduction to new students of Rome while offering more advanced readers reams of new insights.