This weekend, eager to take advantage of the rare sunshine, I journeyed to Nelson County, VA to enjoy the outdoors and hard alcohol. Nelson is a gorgeous area and home to green mountains like The Priest, Three Ridges, and several other mountains and trails I’m too chickenshit to hike. But even an soft urban hiker like me quickly fell in love with the natural splendor that surrounds the quaint, straight-outta-the 50’s small towns along Route 29 like Lovingston, where I had some amazing fried chicken at the Chicken Coop. It’s old school and SUPREMELY unhealthy, so a must-stop.

Now, if you’re into alcohol production/consumption, Nelson and the greater Charlottesville area is your spot. Everyone knows about the omnipresent wineries including the suddenly infamous Trump Winery (which is actually pretty good) and the ironically proximate Blenheim, owned by Dave Matthews. Less well known is the brewery, cidery, and spirit rush that has taken the area by storm. VA Distillery is one of the newer outposts; I was motivated to take a break from my wilderness trekking and visit because the Distillery’s Malt Whisky is becoming ubiquitous at the cocktail bars I frequent. Currently in its soft opening, the Distillery consists of a visitor center and a nearby production compound, where the action happens (tours start soon). The views are serene and the parking plentiful. 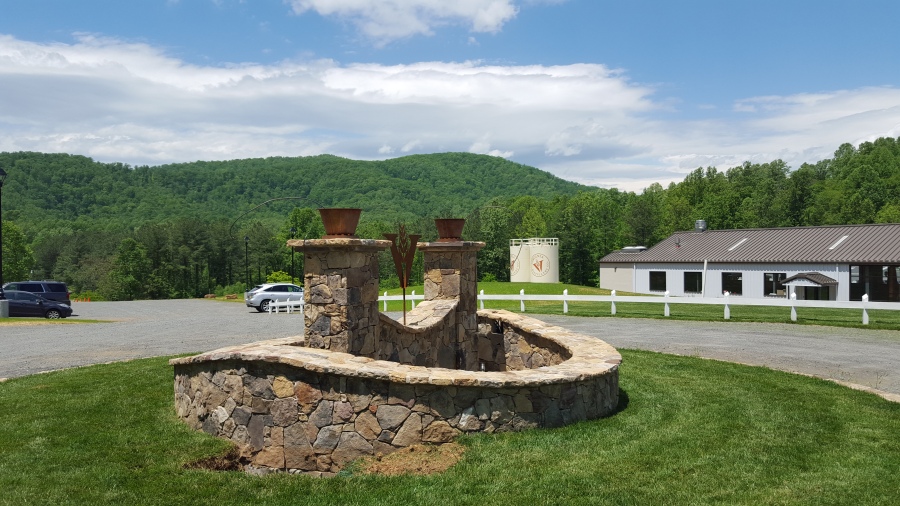 Once you’re done spinning around and staring at the greenery and yonder storage tanks, head on into the spacious and beautiful visitor center. Furnished in Virginia manor style, it features a big show bar, cozy fireplace, and comfy chairs galore. And let’s face it, after a hazy afternoon of sipping whiskey and cocktails, comfy chairs that you can sink into and stare absently for 30 minutes are critically important. Oh and merch, lots of merch including bottles of whiskey WITH handy-dandy tote bag. 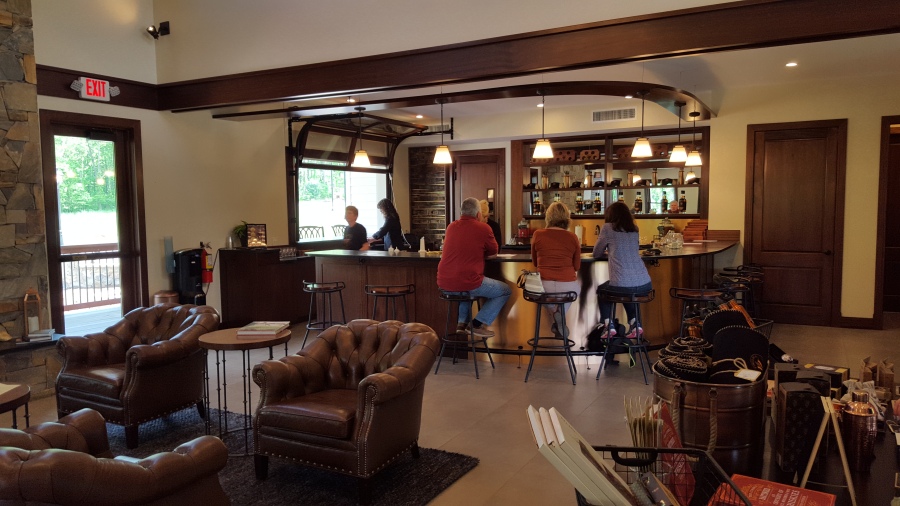 But I can only admire interior design for so long before I get thirsty. Strolling over to the bar, I was greeted by the ultra-friendly and knowledgeable staff, who patiently responded to my increasingly asinine and poorly-worded queries. They walked me through the production process, future plans, and  advised me to try the whisky neat, which I appreciate. For tasting, you get to choose four 1/2 oz samples from a nice list of mini-cocktails. I went from savory to sweet, picked the “Highlander’s Duel,” “Mayberry Sour” and “Virginia Julep.” These were all good, throwing some diverse tastes like coffee and mint against the resonant, rich, and slightly nutty/chocolate notes of the main ingredient. Definitely recommend drinking it neat first, so you can appreciate the flavor variations. 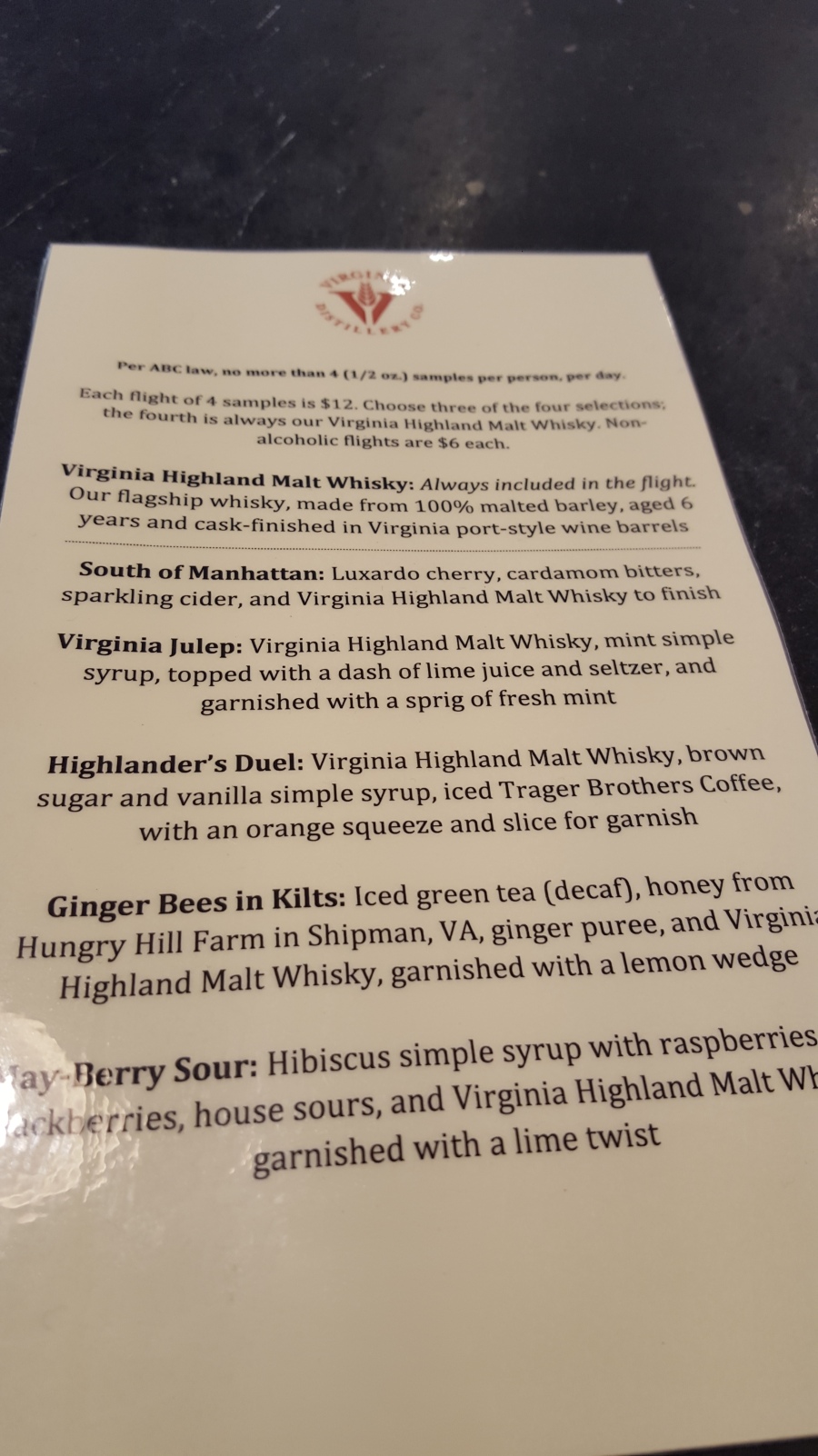 Probably the part of the VA Distillery that excited me the most was the nearly-finished veranda and deck area, which is going to be an optimal setting for late afternoon soirees in the heat with live music. And it’s got a water fixture folks. So if you’re into guzzling whisky with your feet up and staring out at God’s green creation, visit VA Distillery!