On a strangely balmy Boston evening I headed over to Drink, a well-reviewed bar I found via Yelp.  Well, I headed over, then walked by — while not quite a speakeasy, Drink doesn’t loudly advertise itself with a sign, so make sure you have the address handy!  The big attraction of Drink is its lack of a menu – instead of choosing from a list, customers throw out spirits or sensations they prefer, and the awesome bartender corps take it from there.  Now, I decided to take the randomness a bit further and just told my bartenders to make whatever they wanted – I like this “roll of the dice” method and would recommend it to folks who want a really fun time.  After all, you can get “vodka and citrus” or “brandy and sweet” anywhere. The set-up within Drink is also adventurous, with three main, square bars and rows of outlying, stand up ledges.  Another aspect of Drink that really impressed me was the organization; they cap the amount of people in the bar at a certain number, letting in enough folks to keep it lively and fun but not too many as to make it cramped. 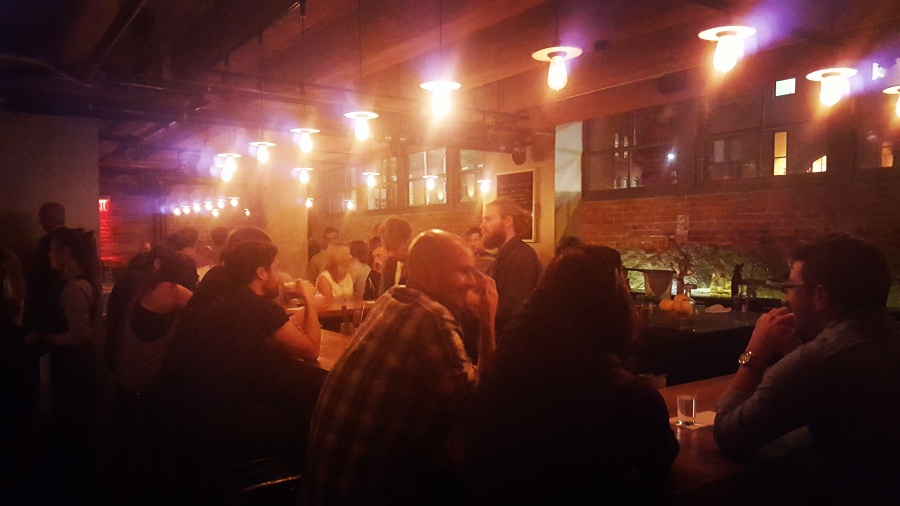 It’s a bit silly to review the cocktails at Drink because I’d encourage you to try new and fun tastes, but I’ll tee them up anyway.  I wasn’t able to get full ingredient lists for all of these as I didn’t want to bother the extremely busy — but ultra-friendly and capable — bartenders, but I did my best to fill in the gaps with some internet research and guessing.  I started off with a “Lions Tail” which included bourbon, old spice, lime, dram, angostura bitters, and syrup (they used a certain sort of sugar that escapes me at the moment).  Anyway, this was very good, nice power in the front, an almost honey-ish sensation with just the right level of sweetness.  The burn was perfectly measured, not overbearing or harsh at all.  Probably the most interesting drink was next with the “In Vita (sp?) Veritas” a wildly unique taste with mezcal, walnut liquor, benedictine, and a different, earthy liquor that I didn’t get the name of.  This was very strong at the top and the Mez burns hard at the end, very intense mixture of sweetness and an almost licorice burn.  The special, can’t-put-your-finger-on taste throughout is almost…Evergreen is the closest I can get to describing the taste, it’s really something else.  A fascinating, one of a kind drink, I might break from the “risk taker” mold here and order this one by name if you make it to Drink. 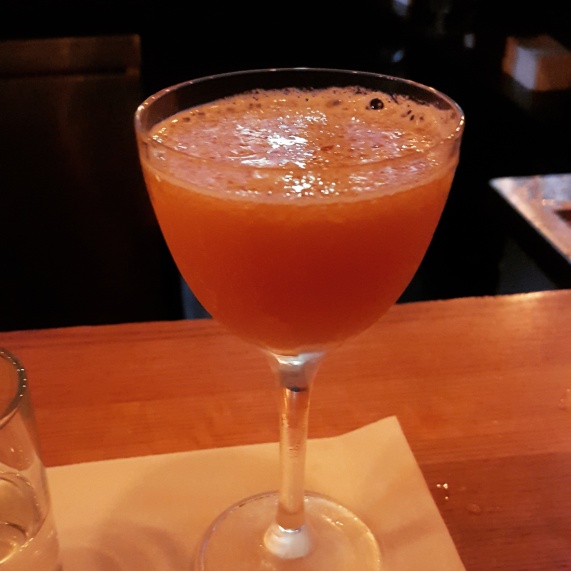 Moving on I tried the “The Bitter Nun” a beautiful drink ensconced in red featuring rye, Campari, Angostura and cherry bitters, and probably some other things I didn’t hear 🙂  This drink is true to its name offering a powerfully bitter and strong, strict sensation throughout.  That flavor hits almost like hot pepper as you sip, while some citrus hints on the edges.  This was an interesting flavor, but not my favorite taste.  My only guidance to the bartenders for my next drink was “fun,” and boy did they come through with one of the best Mai Tai‘s I’ve had.  And that’s some great presentation!  This was a perfect blend of sweetness and refreshment, with the customary icy relaxation fortified by a potent burn; definitely not your run of the mill, cute Mai Tai.  Great, great drink.

Next up was a “Martinez” which includes (at least according to the internet) gin, sweet vermouth, maraschino, and orange bitters.  This was a favorite, I loved the maraschino sweet and the orange complexity colliding off of the gin.  I enjoyed sipping this one slow, really taking in and mulling over that complexity.  This would be a great after dinner but before dessert drink, I thought, just relaxing but spicy enough to keep the evening going.  To finish the amazing night off I was served a “Netherland” cocktail with brandy, orange curacao, and orange bitters.  One word – rich.  Ok, two words – rich and orange.  I had this at the end of the night so my tolerance for strong drinks was waning, but this was thick and bright in the right way, with the bourbon powering through some of that initial sweetness.  I’ll admit, it’s a hard one to get through after so much good drinking, but just don’t give up – never give up on a drink like this 🙂 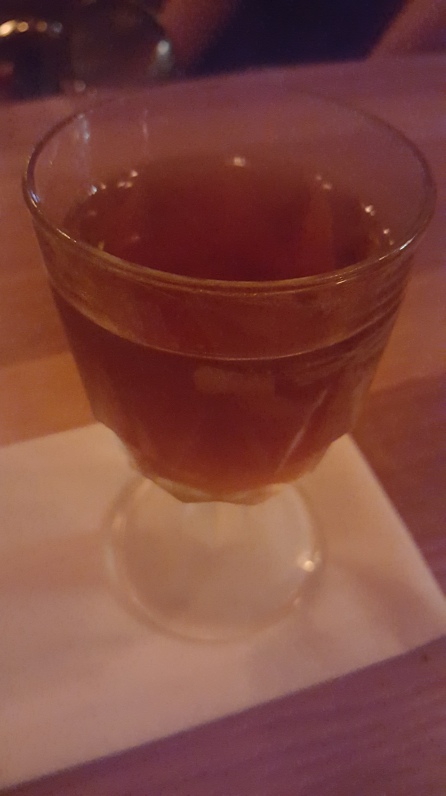 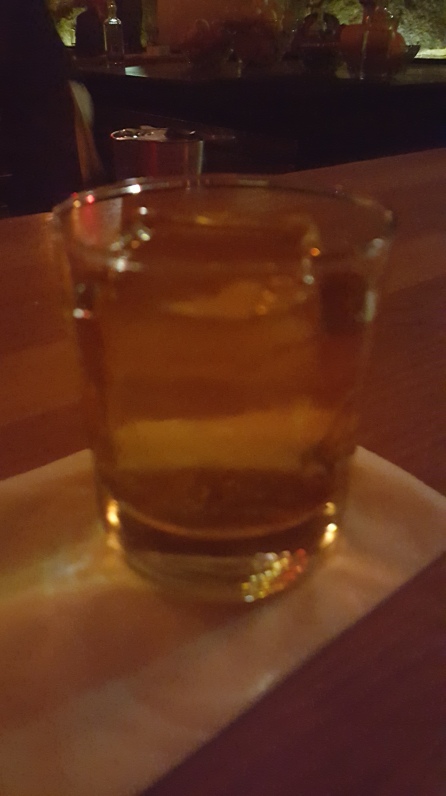