In my never ending hunt for Sherlock Holmes-themed cocktails, I came across the simply named “Sherlock Holmes” via the Drunken Moogle and Jordan in Pearls. Looks beautiful, doesn’t it?  Unfortunately, looks didn’t tell the whole story with this drink which was….not good.  It tasted faintly of grape juice, no real bite, just sort of bland, cough medicin-ish.  And the Sudafed taste is not where you want to be as a cocktail.  Oh well!

Sherlock Holmes (I made a double, because it’s Tuesday) 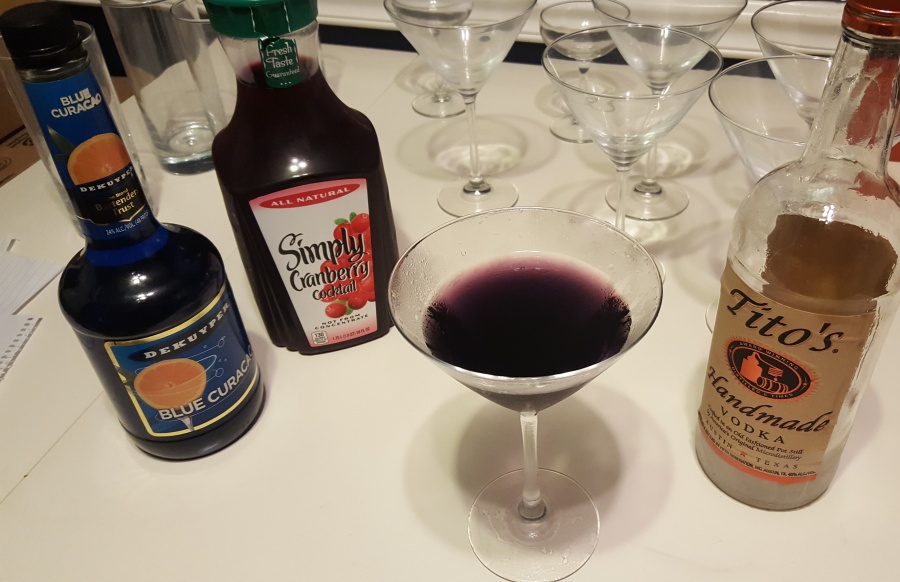 This week’s story is the hilariously named “The Five Orange Pips” a reference to the calling card of a mysterious band of murderers that Holmes tracks down.  This is probably the easiest case I’ve read so far because, well, the bad guys write “KKK” on the envelope they send to their targets.  I imagine the specter of the Klan killing people in the UK was a bit more shocking and intriguing when the group was less well-known.  Holmes does provide a helpful little history of the group to Watson, who never heard of them.  Sort of has a “more you know” educational vehicle vibe.  Sherlock does do a bit of detecting though, rifling through ship registers to find the Americans assassins, and then does a bit of international policing by reaching out to the Savannah, Georgia police department.  And then the bad guys die.  So an open and shut case for Sherlock with a nice little bow of vengeance on top.