It’s sort of embarrassing to write this review as it forces me to admit that I’ve never been to Jack Rose Dining Saloon.  The DC hot spot known for its extensive collection of whiskey was recently name by Eater DC as an essential cocktail bar, high praise which only added to my shame. So I was excited to fence off a weekend afternoon to march through their extensive holdings and seek penance for my earlier ignorance.

After doing a bit of internet research, I learned that Jack Rose is home to several different bar fronts including the downstairs Dram and Grain.  Now, multiple cocktail menus is a daunting task even for a prodigious imbiber like yours truly; in the interest of readability and my liver, I thought I’d break my visits to the different components of Jack Rose into separate entries.  For my first “recon” mission, I went to the open-air terrace on the second floor to 1) go through their cocktail list and 2) watch the Redskins get eviscerated.  Both enjoyable pursuits.

The space itself is gorgeous, and I look forward to getting back there in the spring and summer. The drinks were simple, solid, workman-like cocktails that all came off well with one standout that I really, really enjoyed.  Probably one of the best I’ve had in months.  I started on a seasonal kick with the “Pumpkin Painkiller,” made of Captain Morgan Spiced Rum, Pumpkin, Coco Lopez, OJ, and Pineapple.  This was a cool pumpkin drink because the pumpkin flavor doesn’t overwhelm and drown everything else; instead, it accentuates and adds to a nice subtle flavor on the front end and a refreshing rum and citrus tone throughout.  After that I went with a “Skippy Saturday” which consists of Deep Eddy Vodka, Grenedine, Lemon, Rhubarb Bitters, and, surprisingly, Pilsner.  I thought the Pilsner would stand out more in the drink but I didn’t detect much of it; instead, the flavor is very smooth and sweet, a good drink for a hot summer (or unseasonably warm) fall day. 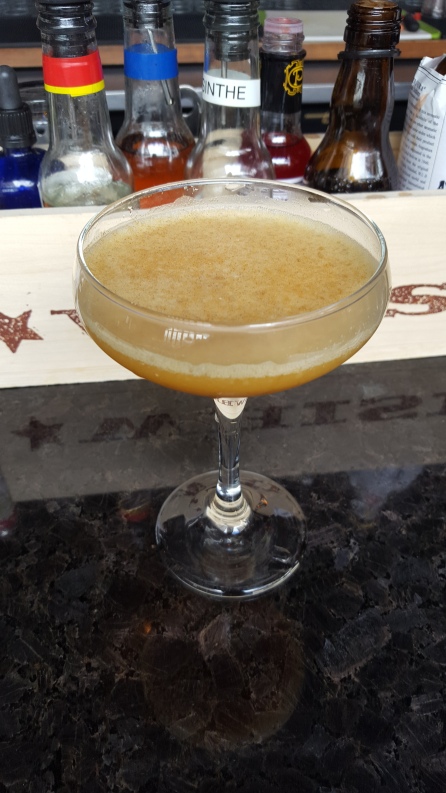 On to the “Golden Chariot,” made of Tanquery Gin, Lillet Blanc, Chai Honey Syrup, and Ginger Beer. This looked beautiful, like a Collins glass filled with liquid amber (which probably tastes horrible, but pretty).  The taste was great – the cool ginger beer and gin fools you into thinking its a simple sipper, but the chai syrup kicks some heat into it, making this a peppery and surprisingly complex little drink.  My favorite was up next; the “Repo-Man” is made of Altos Reposado Tequila, Barrel Aged Honey, All Spice Dram, and Lime.  This was just awesome, the tequila is synched perfectly with the other ingredients, subtly empowering the honey and dram flavors.  Probably the best tequila-based cocktail I can remember drinking (although my memory of some of those previous drinks is….hazy). 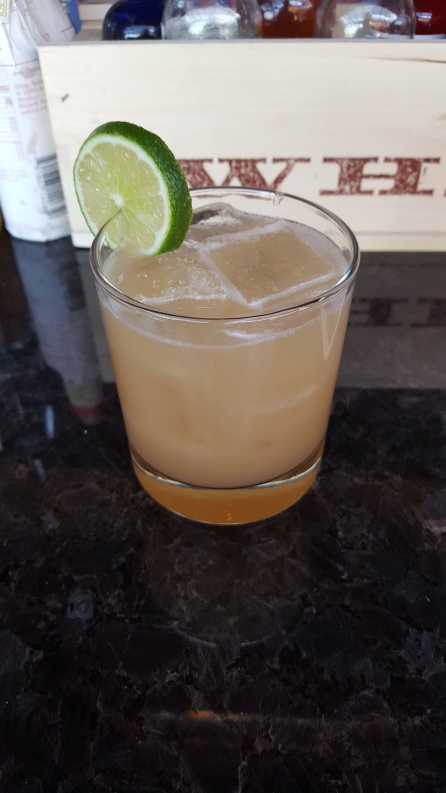 The third period began with a “Fortaleza Flame” made of Cachaca Sao Paulo, Raspberry Shrub, Lime, and Jerry Thomas Bitters.  This was nice with the raspberry shrub coming on strong and making for an intriguing and easy drink.  I ended on the “Celeste” made of Old Overholt Rye, Maple Molasses Syrup, Rosemary, Lemon, OJ, and walnut bitters.  This was my favorite after the Repo Man; the walnut bitters are a great echo on this drink, making it a subtly earthy, nutty mixture that works perfectly with the maple syrup and rye, which has a very light footprint here.  An original flavor that surprised me. 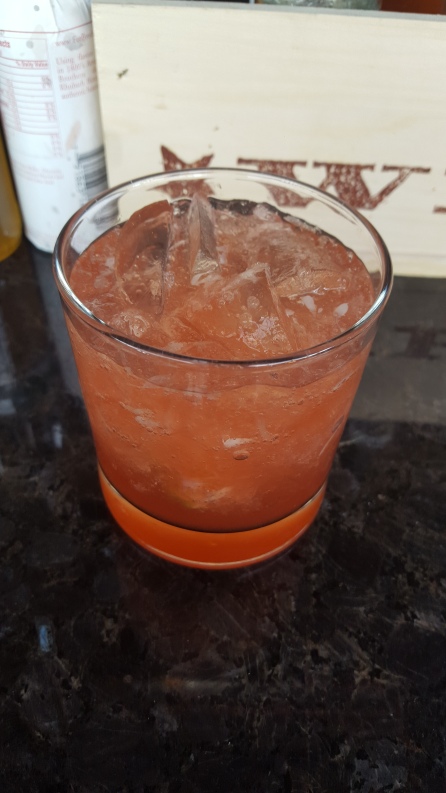 One thought on “The Jack Rose Project Part 1: The Terrace”

"I was delighted to see you again, and forgot for the moment that all happiness is fleeting." So wonderful to see @shinobipaws again after a 2 year hiatus - thanks to @mtdefiance for the opportunityto try their Gin Noveau!
"There was never a moment between us that did not measure the extent of our true connection. To go harder, take more, die first." No trip to NYC would be complete without a visit to the legendary @pdtnyc - thanks to @sambrooks_bar for the amazing hospitality! This is the "Shark" with butter-infused rum, overproof rum, cane syrup, blue curacao, lemon, pineapple, heavy cream, frangelico, and tiki bitters.
"All the things that happened there just couldn't happen. It was all dream stuff. Or was it all real and true and was it that she, Francie, was the dreamer?" Went to a lot of beautiful Brooklyn bars this weekend but the @hoteldelmano really stood out - just a great moody aesthetic that you can get lost in. This is the "99 Roses" with dry gin, orchard pear, ginger, lemon, and rose water.
"I can wade Grief—
“For a moment I had felt elation as on the instant of waking before one remembers.” Drank with the fashionable set @barchinoisdc amd drank a "La Belle Rose" with mezcal, aperol, Genepy des Alpes, lemon, and egg white.
"The first quiet drink of the evening in a quiet bar—that's wonderful." I ventured into @pubandthepeople new basement bar Side Door and was transported to the 1970s (the good parts) - perfect aesthetic and vibe. This is a "Lion's Tale" with rye, lime, and all spice dram.