In searching for a new cocktail for my latest Sherlock installment, I was very excited to see that our area’s very own Todd Thrasher of PX had a Sherlock Holmes-themed cocktail he mixed for Food and Wine magazine.  As a huge fan of PX and the sadly-closed TNT, I knew he wouldn’t steer me wrong.  The recipe calls for Lapsang souchong tea (Holmes’ favorite) which, as a coffee drinker, I did not have on hand.  Through the magic of Amazon Prime, I was able to procure this surprisingly pungent tea.  interestingly, the Lapsang wasn’t a huge contributor to the taste, although it did take the edge off the scotch a bit.  Overall I liked this drink which was mellow and honey-ish and has a nice scotch simmer at the end. This recipe also overflows a coupe a bit, so you get some extra juice to enjoy.  No complaints here. 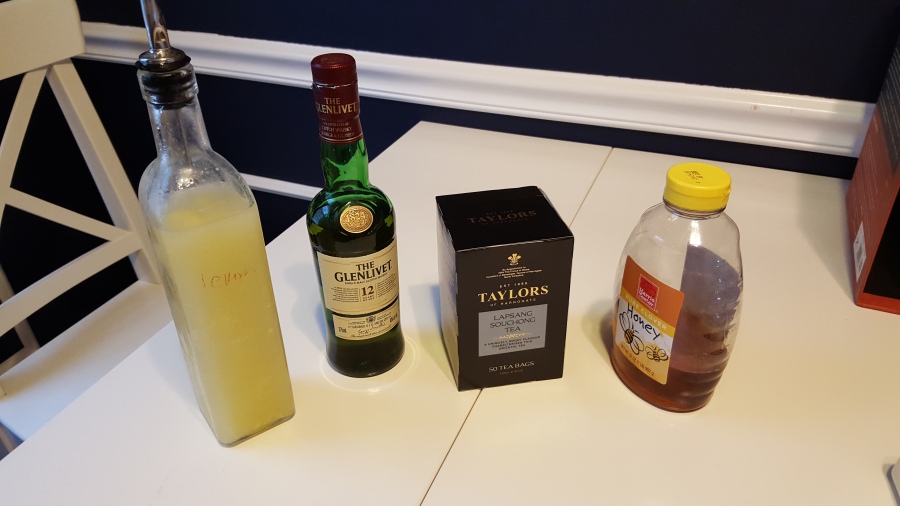 For this installment I read “The Boscombe Valley Mystery” the first Sherlock short story that deals with murder.  Describing a Holmes and Watson jaunt to the English countryside, I found the plot of this one pretty straight forward, but the historical context and Sherlock’s loathing of his Scotland Yard cooperators makes it worth reading.  The theme throughout is the violent and wild nature of Australians, a topic that apparently fascinated Victorians — similar to our own fascination with the Wild West, I guess.  Doyle obviously panders to this interest, using the extreme violence and blood fueds imagined of Austrialia as the crux of this case.  I also enjoyed Watson’s description of Holmes in the field as he starts to put physical evidence together — it is almost a feral portrait, but still affectionate.  Finally, this case ends strangely, with Holmes basically letting the murderer go, obsentially to limit fuss and the impact on the culprit’s family.  That twist is basically left there for the reader, so perhaps Doyle was trying to ascribe mercy or nobility to Holmes, or maybe we’re to admire his almost clinical detachment to the actual crime (the victim isn’t very sympathetic) and emphasis on the solution, vice the meting out of judgment.