Another Friday, another day or drinking and reading Arthur Conan Doyle.  Doing some Google searching, i found a promising drink, the “John Watson” via “F*** Yea Fandom Drinks,” a website name which sounds HARDCORE.  The drink could be called the Kitchen Sink, given the veritable United Nations of major alcohol brands involved. So, I was hopeful that I had stumbled upon a heretofore unrecognized “coalition” drink that would shake the world with its complexity and good taste; this was very much not the case.  Not good at all, the initial flavor reminded me of tabasco sauce thrown into a glass of orange juice.  Due to the alcohol content, this drink became bearable a few sips in, but still nothing you’d want to trot out for friends during brunch.  Especially when options like the “Il Siciliano” are out there.  I’d pass on this one, but if you insist: 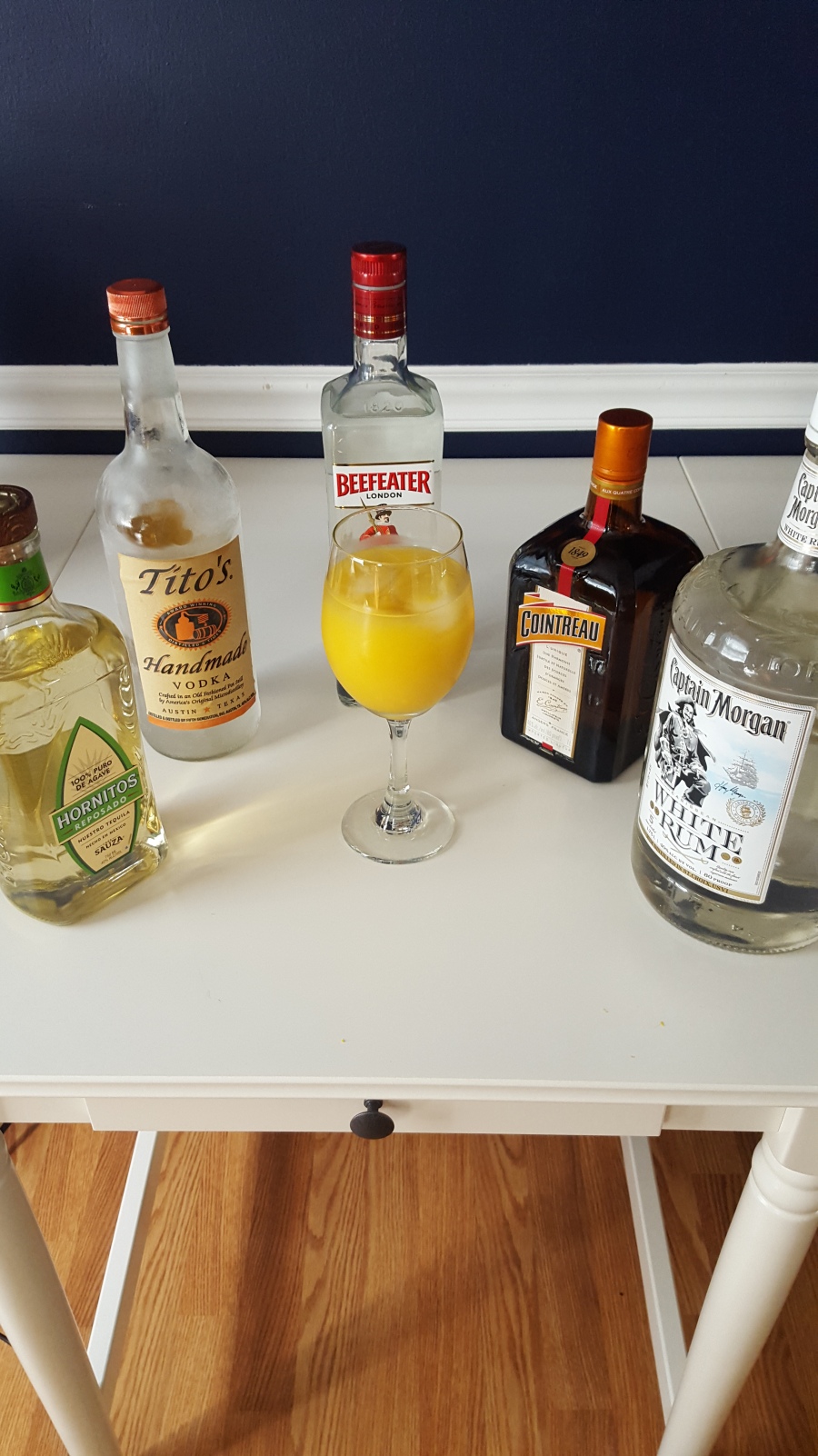 The John Watson’s literary pairing was “A Case of Identity” a low-stakes case which Watson describes as “a trite one.”  Commentators wonder why Watson lists this mystery as an important one in the Holmes casefile given its relatively pedestrian nature, but it’s still a cute little jaunt.  The most intriguing aspect to me was the subtle and subversive feminist theme interwoven throughout the simple plot.  While Holmes and Watson hold a slightly dismissive attitude towards their female client, Watson takes time to praise her charm and natural strength.  Sherlock solves this one rapidly, leaving a confrontation with the dastardly but petty villain as the sole source of tension in this one.  Of course, he finds the time to denigrate Watson’s own abilities, chiding him with memorable lines such as “you do not know where to look, so you missed all that was important.” Sherlock also goes a bit CSI, using his formidable intellect to explore the relatively new science of typewriters.  The discussion of the machine leads to an interesting sidebar concerning the role of typewriters in bringing women into the workplace, a trend noticed and illustrated by none other than Rudyard Kipling.  A nice little story of low-level cons, romance, and disguise in Victorian-era London.

There was an error retrieving images from Instagram. An attempt will be remade in a few minutes.